I know this came out a few days ago, so a lot of you have probably watched  it, but THIS IS MY WEBSITE AND I’LL POST WHATEVER I WANT!!! So shut up and keep reading 😀 .

Over the past 3 days, I’ve probably watched the Logan trailer over 30 times, and I don’t even like Wolverine that much! It’s an amazing trailer and it needs to be watched. If you even remotely like superheroes/ X-men, watch it. It shows amazing shots, gives enough to get the watcher interested, and uses the PERFECT music for it! Also old man Logan. So what are you waiting for? Watch it. Go on. Do it. Do it. Do it now. Click on it. You know you want to. I know you want to. I know I want to.

Hey guys, it’s been forever done if done anything here. I haven’t made origami in so long, and there aren’t any excuses. I did have school and such, and my other main hobby just got higher on the priority list. So sorry to anyone ho liked this blog, I’m not sure how much I’ll be using this blog in the future, but since I fell off the grid so suddenly, I just wanted to say I’M STILL ALIVE!!!!

Also I made this free-standing snake on Saturday. First origami since I can’t remember…

Hey guys, I know it’s been a while since my last visit (thanks to school), so I was just checking in!

Also… for a long time now I have always mentioned working on a large scale stop motion movie. Does anyone remember that? Well, now it’s finally here! After all this time, the script is 100% complete! It’s been through countless concept phases, re-imaginings, and lot of original ideas were dropped, but I think it was all worth it. The story that it’s become only exists because of what I put into it. 🙂

Star Hawk going to be a stop motion series, taking place in a distant future years after the destruction of the planet Earth. Most of the surviving humans from Earth have relocated to a new planet, named New Earth. Here the Government resides, obsessed with maintaining the purity of humanly across the stars.

The actual story however follows Percy Alec, a young Government officer on New Earth. Despite his rank, he has been robbing the Government for the Pirate Xzith and his mercenaries for years. When he learns about the Antistar, a mysterious and powerful relic (sure to be worth thousands), he vows to steal it. Soon he is thrown into a galaxy-wide hunt that hopes to see him dead. If anyone’s interested just click on this link to learn more about the series:

You can also click the link if you may be interested in auditioning to be a character in Star Hawk. I don’t expect that to happen, but who knows. It could be pretty cool. So as always, thanks for visiting the site!

Hey guys! If you haven’t check Origami Yoda already, Tom re-instituted the talk zone. Well, it’s been edited a bit, though. Now all comments are monitored before being posted. Other than that, we also have the Talk to Tom back! Go check out the site for the real post, it explains better than I do.

Happy new year everybody! I know I’m a little late, but still. This is my first post of 2016, so I just wanted to kick it of by welcoming the new year! Hope you all have a great 2016, everyone!

Woo! It’s coming! The reboot to one of the most epic and iconic movie series ever! And we’ve got only a week to go! I would put up a real movie poster image, but there was a copy right thing on it, so I decided not to risk it. Instead, you get a picture of BB Index 8! He’s made out of an index card.

I  already bought my tickets for the 18th! Anyone else have tickets?

Hey guys, sorry I couldn’t post sooner, my teachers like to assign multiple projects at the same time and consecutively 🙂 . I’m a little late for back to the future day, but it’s my blog, so deal with it! So, here we have a meme with Doc Brown!

Also I have a question for those of you who view my channel (or care for that matter.) As some of you know, my cameras are broken, so I haven’t been able to film videos, so I’ve been thinking of screen recording as I play computer games. However, like Doc, I don’t have basic knowledge and have no idea what games I should play. So if you have an Idea, tell me in the comments! Thanks!

The game has to be free though, because I don’t have money and I’m cheap XD !

Hey guys, I made a new You Tube video! It won’t be very helpful to my WordPress viewers, but I HOPE, that I have some non-WordPress affiliated viewers that can still benefit from this video! Here they are, a how to make a WordPress website instructions! Enjoy!

Hey guys! Happy October! I randomly decided to start making a special post at the beginning of each month and put in anything interesting that happened to the blog or anything related recently recently. So, here’s the first one.

Welcome to the first and only October 2015! This is the fourth or fifth consecutive post I’ve made! I’m on a roll! I uploaded some new instructions for a Patrick Star, so go check those out if you’re interested. Yesterday on my YouTube Channel, I hit 240 subscribers! Pretty good for a kid who randomly uploads videos, if you ask me. Don’t forget to check out the channel, if you like the site. Click Here if you want to see it. And that’s all that’s happened recently, so see you next month! That’s a joke… I’ll still put my regular weirdness up.

In case you missed:

The Place For Everyone 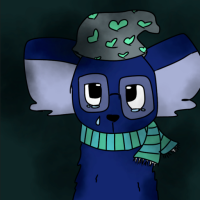 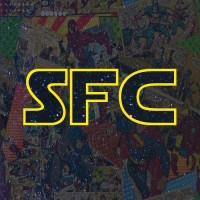 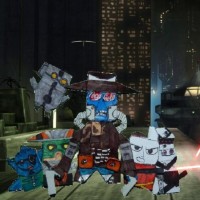 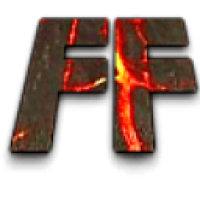 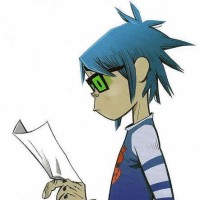 A site. Yeah. A weird one. That's for sure

My fingers move when I think

Expanding "The Galaxy Not So Far, Far Away" Since 2012

Home of the Canadian SuperFolder!

The Home of Meh. Art